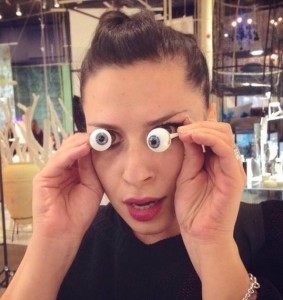 I am a Designer a digital artist and an activist. I have a long academic career in the design field that gave me the versatility necessary to address and solve problems of a constantly evolving world.

With a master in System Design earned in Italy following the strong Italian tradition and a master in Design and Technology earned in the Unites States (thanks to a Fulbright Scholarship) both earned in the best design universities of both countries, I am able to combine thoughtful concepts with a strong tendency to innovation. I also studied Latin and ancient Greek, in the same school where Galileo Galilei studied. (I have to say it.. for my father)
I plan to continue my work as designer and promote research and development in this area, using systems thinking to solve large-scale problems.

My cultural approach to life and design has been profoundly influenced by imperium” a latin word I learned in my years of high school classical studies. During an exam I erroneously translated imperium in empire, that single error costed me a low grade, since that latin text was several years precedent to the foundation of the Roman empire. Although the translation was literally correct the context was wrong, in that context imperium meant power. This single event taught me the fundamental role of context. Every designer creates objects or systems that are fed by the context in which they are produced.