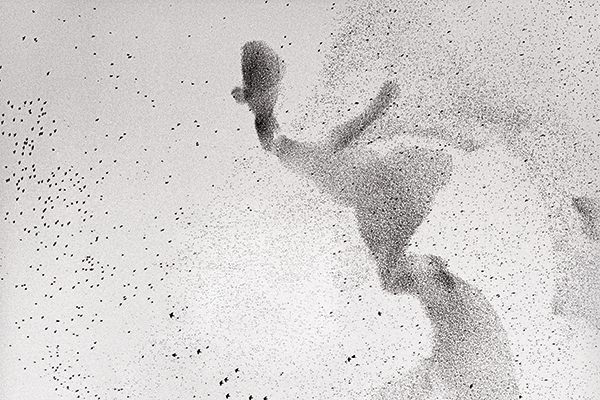 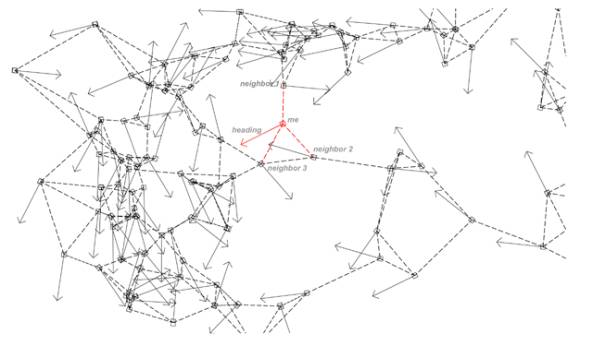 Before my studies on complexity, and so before my MFA in systems design, I used to look at flocks of birds asking myself who was the leader, how could they be so perfectly coordinated? It doesn’t have a central brain but it can learn and make decisions, so where is the intelligence? Then I realized that looking for a leader was wrong, because their direction depends on the interaction among them. And I also realized that what makes humans limited is our incapability of imaging society as a result of behaviors not only the sum of people, and that the whole is bigger than the sum of its parts as Aristotele said.

Is it possible to shrink the scale of complexity and reveal rules and patterns in which we are immersed?
How to make complexity experienceable and understandable by people?
Is it possible to let people experience how the individual is related to the collectivity and how the collectivity influences us and our free will ?
How can I represent this immense invisible power that governs us? And why is this important? 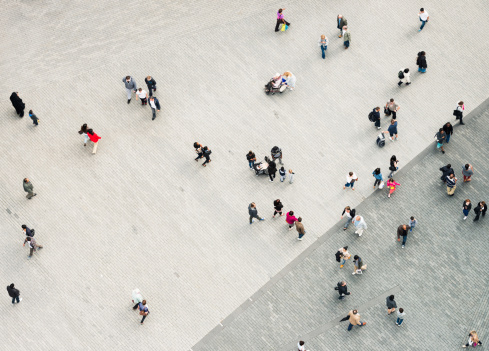 This project aims to be an installation where a rule based system (like a flock or a particle system) is projected on the walls of a room. The user would be pushed to move according to the system’s direction.
So I Started to think about how this could be possible? How can I move a body? How can I apply forces to a body?
How can i make the installation control a person?