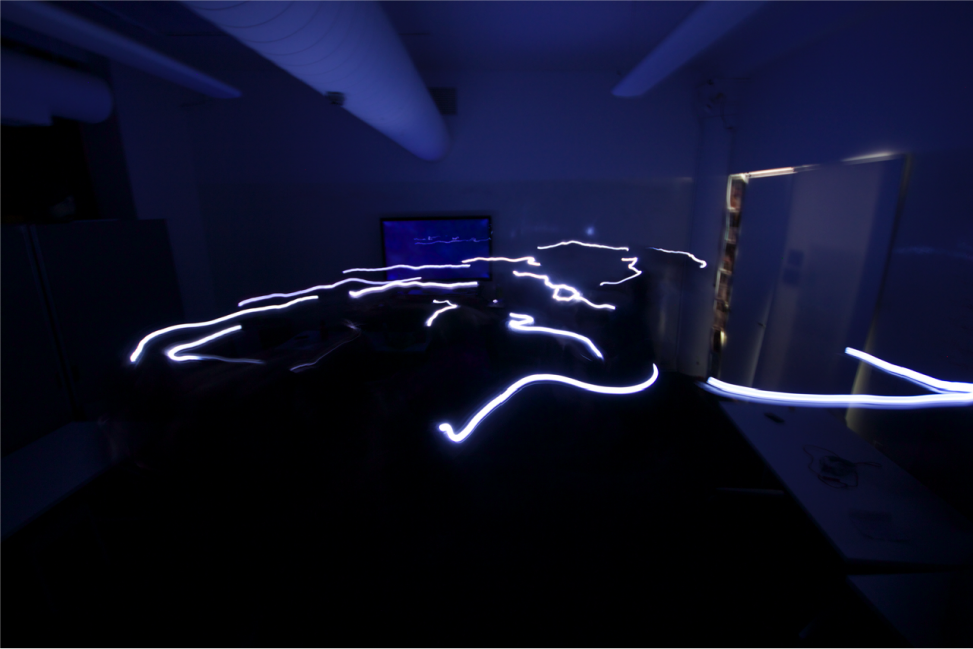 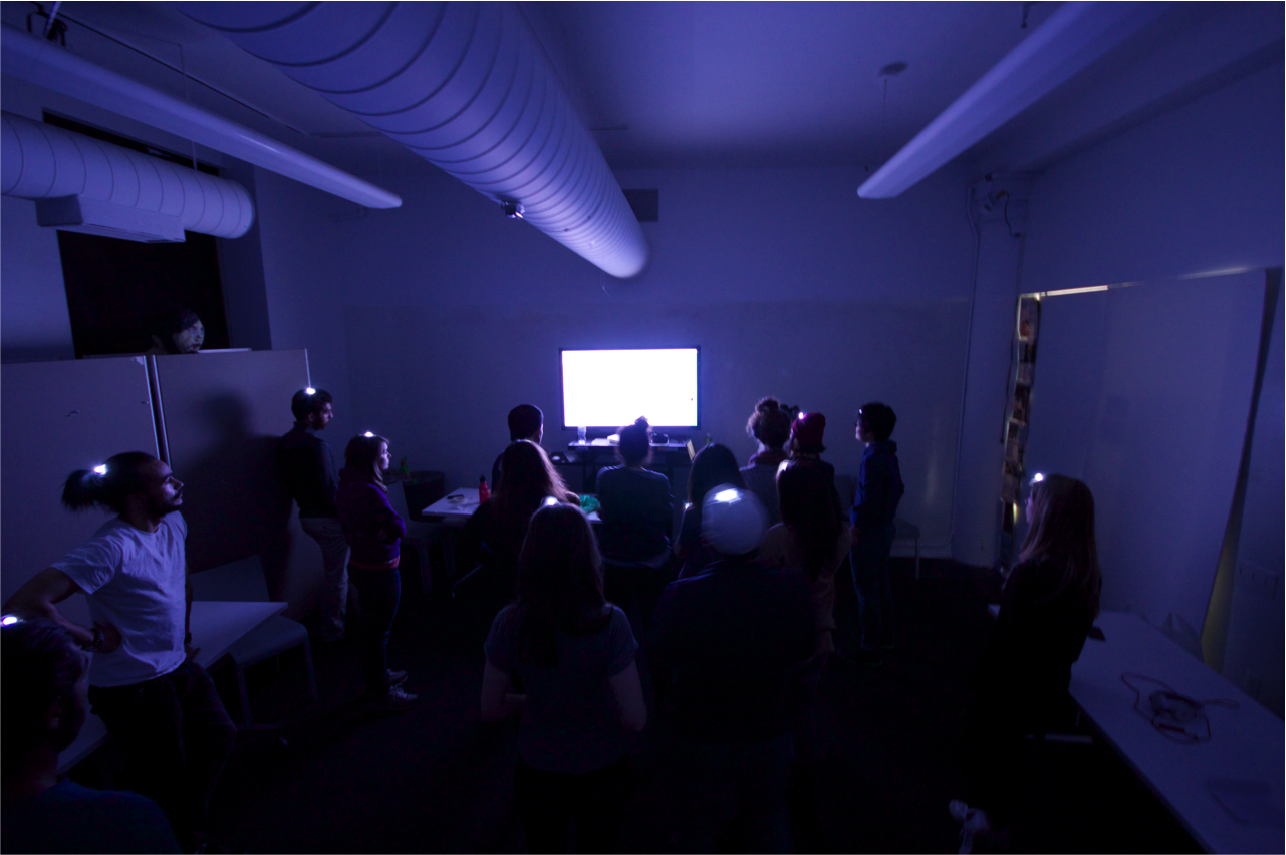 At the beginning of my research for the performance “Complessità” I didn’t know what kind of technology could modify the user’s behavior, so I decided to investigate human’s collective behavior to see what kind of rules can easily force people into certain patterns behaviors.

With the Human Particle System prototype, I wanted to study how a natural rule based system can be recreated by people and how people easily recreate emergent behaviors.

The Human Particle System from Enrica Be on Vimeo. 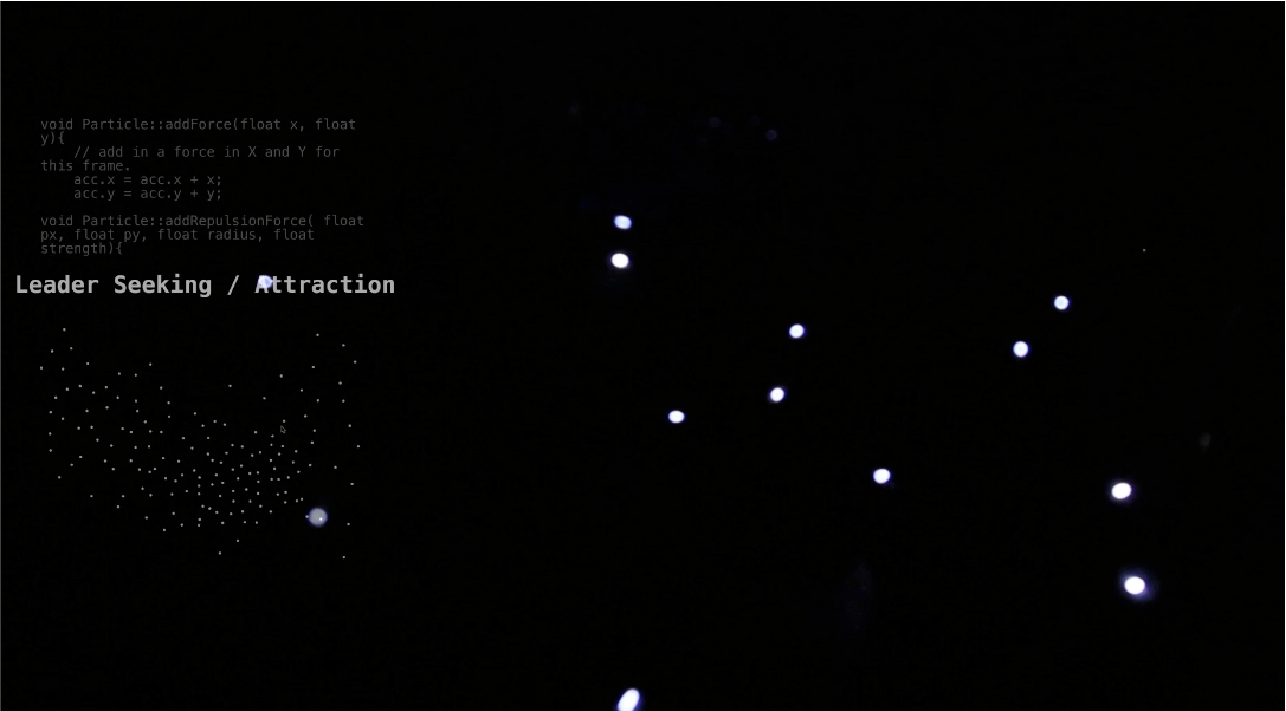 And I chose a flocking system because is computationally interesting, highly cooperative,  and is a good way of engaging with the idea of cooperation. I asked a group of people to follow some simple rules, such as: avoid other movers and continually orient oneself towards the area of the neighbor. With this prototype I wanted to translate the physics of movement in the digital space into possibilities with bodies in real space. The patterns that emerged appeared to be complex, but in fact the rules to this game were simple. As you can see from the picture above, collective behaviors are beautiful.

I won’t hide that when I saw the shooting I was impressed by how close the result was to a perfectly coded particle system, and the beauty of nature suddenly was revealed before my eyes. Lovely.

I was always asking people why particle systems are so attractive, and after this prototype I think that is the familiarity that we feel towards them. It often happens that a prototype opens to new unexpected possibilities (In Italy we say that you left for in India but you discovered America. Ha!) and after this prototype I started to wonder if this project should be an installation using the GVS or a performance where people have to behave like a part of a system.

The Human Particle System rule 2: Spring Mesh Dinamics from Enrica Be on Vimeo.